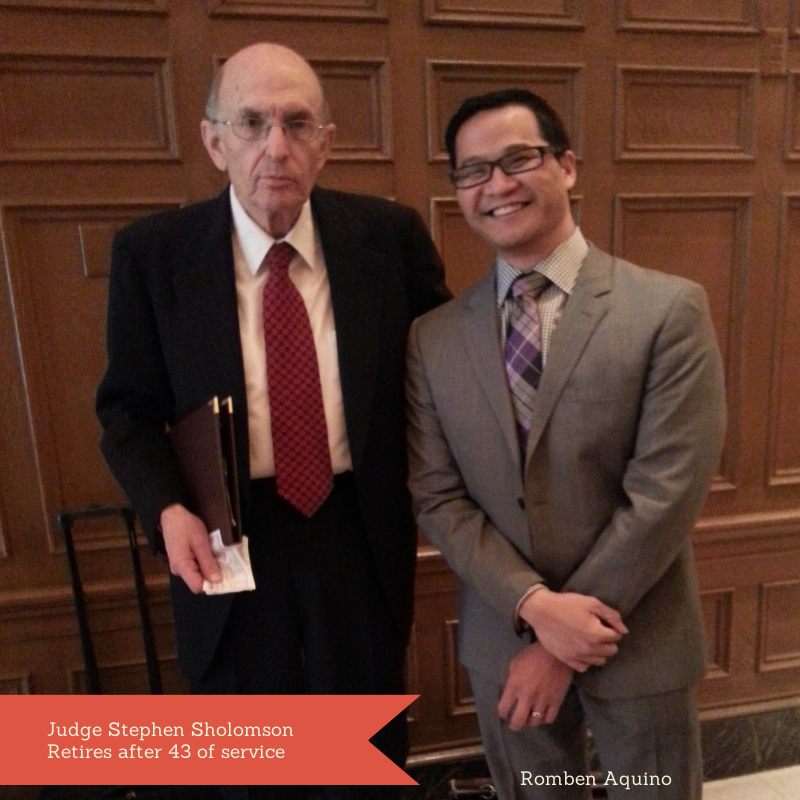 One of the reasons that I enjoy immigration law (there are many, but I’ll save those for future blog posts) is the camaraderie and professionalism of its practitioners — on both sides.

I don’t see the other immigration attorneys as competition, but rather as colleagues who are willing to share the wealth of their experiences. Many (but unfortunately, not all) of the Immigration and Customs Enforcement counsel are reasonable folks who can be persuaded to side with the private practitioners in cases that are truly compelling. As with any legal proceedings, when there are disagreements, it can get heated. But one way to get both sides into the same room (outside the court) is to have a luncheon in honor of a retiring judge.

Last week, Judge Stephen Sholomson retired after 43 years of service. I suppose that after working at one place for that long, you get to know A LOT of people and the makeup of the room reflected that: family members, fellow judges, and attorneys. During the luncheon, many people spoke about the judge’s wit and his sense of humor. Although he did not always grant relief (and don’t believe any immigration attorney who says that he or she has a 100% success rate), Judge Sholomson was fair and even-handed (even though he was a prior prosecutor). He was serious and he knew the law, but he didn’t mind infusing a little bit of levity in his courtroom. He was known to occasionally tell a joke from the bench. When he started each new case, he would say “What would you like to do today?” to which most attorneys would answer “I would like to do pleadings” or “I have documents I would like to submit.” After I had been in his courtroom a few times, I thought I’d throw him a curveball. When my case came up and he asked his question, I said “well, I would like to go to the beach today.” This caused him to look over at me and say “that’s nice counsel, but before you pack your sunscreen, what would you like to do regarding your client today?”

I would occasionally see the judge outside the courtroom. We would sometimes be on the same DASH bus that zips around downtown LA. He’d motion me over and we’d chat. I would like to think that he recognized me because of my well-written legal briefs and savvy in the courtroom, but he probably just remembered me as “the guy who would rather be at the beach then at court.”

I wish Judge Sholomson a prosperous retirement. I hope that when I retire, people will be able to talk about me in the same vaunted language. But until then, if you have a case in front of one of the non-retired judges in the Immigration Court, please feel free to contact me. 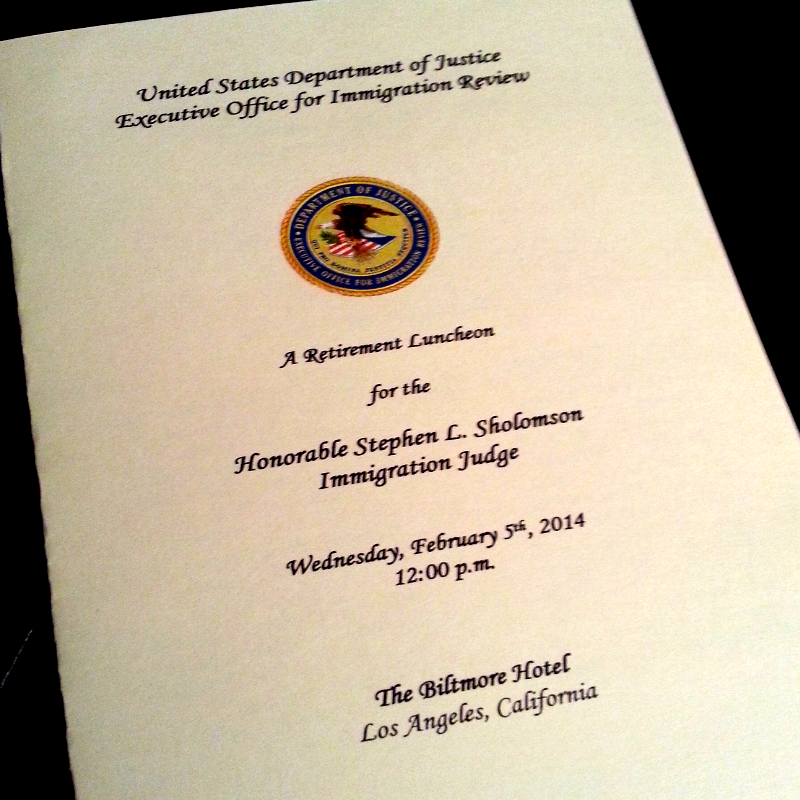