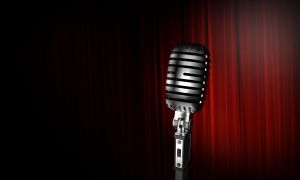 Fong & Aquino in Los Angeles has received several calls about artists who have been involved in the preparations for the series of Michael Jackson concerts which were scheduled to take place in London beginning this summer. The performer’s recent death has thrown arrangements for those concerts into chaos.

Although the Jackson concerts were to take place in the United Kingdom, extensive preparations were taking place both in the UK and in the United States. In preparation for any big rehearsal, event, performance, or concert, teams of make-up artists, costume designers, hair stylists, choreographers, dancers, back-up vocalists, special effects personnel, music arrangers, musicians, lighting engineers, etc. etc. come together to create the shows that so many enjoy. The number of people involved with a complex series of high-tech, music and dance spectaculars can be upwards of 50 -100 people, not all of them American.

Renowned performers and artists can qualify for the O-1 visa (“extraordinary ability in the sciences, arts, education, business, or athletics) to enter the USA. However, when something catastrophic happens — like the death of a performer — the performance or concert on which the O-1 visa is based is cancelled, the performer or artist risks falling out of legal immigration status.

For individuals who have visas which are predicated on a set of facts — an individual employer, a detailed job description, a specific person, a particular school or academic program, etc., — it is vital to consult a knowledgeable immigration attorney if there has been any substantial change, in order to preserve visa status. –jcf