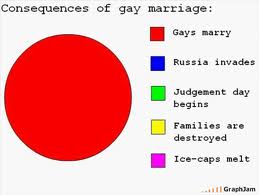 Wednesday’s announcement by the White House that the Obama Administration has said it will not defend section 3 of the Defense of Marriage Act in court is something of a welcome surprise. This should mean that — at least in states where same-sex marriage is legal — same-sex couples can claim federal benefits on an equal footing with opposite-sex married couples. Such benefits would likely include marriage petitions for foreign spouses. The attorneys at Fong & Aquino have sought and created legal immigration solutions for same-sex couples for years, here in West Hollywood and Los Angeles, throughout the United States, and even overseas. I have been an attorney for almost thirty years and have been an advocate for gay and lesbian immigrants for most of that time. I have counseled over a thousand same-sex couples in my time, and this is the best news so far in the fight to permit US citizens to petition their same-sex partners.

However, it is not clear how this will spin out. I wish I could tell couples to go out, get married where it’s legal to do so, and file the Family Petitions — but I don’t think it’s prudent just yet. Why not?

First, the Department of Homeland Security is no joke. They are serious about removing people from the USA wherever undocumented people can be found. If you are trying to protect your loved one, you don’t volunteer him or her to be a guinea pig! By filing a petition, you are revealing the exact address of your spouse. US Immigration and Customs Enforcement (ICE) is famous for the “knock in the middle of the night.”

Second, it is not clear what US Citizenship and Immigration Services will do when they receive such cases. I suspect they will hold ALL such cases in abeyance until they get further direction from USCIS’ head office. This could be a long time.

Third, it is unclear what will happen to couples who are married in, say, Massachusetts, but who now live in Texas or Nevada. What about couples who were married while marriage was legal in California, although new marriages are not being celebrated in California at this time?

Because of the uncertainties about this development, our suggestion is that people sit tight for a month or so, to see what other agencies of the US government will do in light of today’s news. –jcf