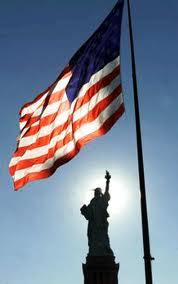 END_OF_DOCUMENT_TOKEN_TO_BE_REPLACED

Just last night, Majority Leader Reid (D-NV) filed a new version of the DREAM Act in an effort to get the 60 required votes to pass the Senate where a vote may occur as early as Monday.

This new version of the DREAM Act includes the following provisions:

END_OF_DOCUMENT_TOKEN_TO_BE_REPLACED

Major news for relatives of legal permanent residents who have been patiently waiting for their petitions to become current. The Department of State reported in the September 2010 visa bulletin that applicants who are spouses or children of greencard holders (filed as late as January 1, 2010) can now be processed for greencards. This is true for applicants from all countries except Mexico and the Dominican Republic, whose priority dates aren’t far behind either: January 1, 2009.

What is a a “priority date,” you ask? A “priority date” is a legal term of art that can be exceedingly hard to explain (especially in a blog), but I’ll try. Let’s start with basics. There is a quota on how many immigrants can come legally to the country per year. Imagine the quota like it is a long line of people lining up for a greencard. The people at the front of the line are those whose relative petitions were filed earliest, ie those with the earliest “priority date.” A priority date is established on the date that your petition is received by the USCIS. Of course, the earlier your priority date, the sooner you can later ask for greencard status. Generally, priority dates always move forward, but these dates can also go backwards, and if applications aren’t received by USCIS before this “retrogression” happens, applicants are back to the waiting game.

In the past month, the (F2A) priority date in the the family-based second preference category (ie for spouses and children of greencard holders) advanced from March 2009 to January 2010! This has made an incredible difference to those who have been waiting to be reunited with their spouses and children, rather than expecting a year or more of wait, this category of new immigrants can now start processing their greencard applications. If you would like assistance in making sure that your application can be made as quickly as possible, contact the attorneys at Fong & Aquino before those dates start floating backwards again. –ecf

Elin Nordegren broke her silence today and gave her side of the story today telling the world how shocked and embarrassed she was by Tiger’s infidelity. She also defended the marriage, saying that the marriage was real, not orchestrated for the cameras and sponsors.

In our practice at Fong & Aquino, we have seen many marriages, like Elin and Tiger’s which were entered into for love, completely genuine marriages and yet within years (sometimes a lot sooner), the marriage goes awry. For those immigrants whose conditional greencards were based on marriages to US citizens, these men and women find themselves in a situation like Elin, telling their stories to the USCIS, actually defending themselves from deportation, that even though their marriage didn’t survive the test of time, it was not a marriage of convenience for immigration purposes.

If a marriage fails anytime before someone naturalizes, a person who immigrated through marriage will later be summoned by the USCIS for an intense and very uncomfortable interview in order to maintain their permanent residency – even at the time of applying for citizenship. Such interviews can even occur years after the marriage and divorce, so recounting the facts of a relationship and providing the documentation to verify the facts of the courtship, the wedding or civil ceremony, then detailing the timeline of marriage, separation and divorce is more than just burdensome, it’s sometimes impossible. attorneys at Fong & Aquino have defended clients in such interviews, which can take several hours! Not to mention the legal briefing and the administrative review that can take months to years in the most complicated cases.

END_OF_DOCUMENT_TOKEN_TO_BE_REPLACED

The attorneys at Fong & Aquino have helped hundreds of legal immigrants seek citizenship over the years. Whether we have worked with you at a naturalization drive, through labor unions, or in our own offices, citizenship is the ultimate goal of most immigrants. Today, the government announced that cash assistance to elderly and disabled immigrants who were granted entry based on humanitarian reasons may lose benefits unless they have naturalization applications pending. Many of those affected are people who were granted asylum or refugee status.

Most immigrants are eligible for naturalization after a 3 or 5 year period after their initial residency period begins. Many immigrants delay applying for naturalization because they fear the English or history exams. While the naturalization exam can seem daunting, the government allows for applicants to re-take their exams if they fail the first time. Some immigrants who are long term residents may even take the examination in their native language, but many immigrants simply put off the naturalization process because it has become intimidating or costly. However, in most cases, an immigrant who truly desires to naturalize and is eligible to do so can make an application and be successful with the right type of support and preparation. Today’s announcement by the administration poses yet another reason for immigrants who have been putting off their citizenship application to call and find a qualified immigration attorney to help them with the process. Fong & Aquino encourages those eligible for naturalization make an application and realize their dreams of finally becoming US citizens. —ecf

Although the controversial Arizona immigration law will still go into effect tomorrow, portions of the law have been blocked by the Federal District Court Judge Susan Bolton. Judge Bolton has issued a preliminary injunction to “put on hold” the proposed part of the law that would require Arizona law enforcement to determine whether a person is here in the country legally or not. Mistaken arrests of US citizens have already been made since the law’s proposal.

The Court ruled in favor of the preliminary injunction primarily on federal preemption grounds, as our nation’s immigration law is a matter of federal jurisdiction. This means that immigration law is governed and enforced by the federal government, not by individual states in the union. It is expected that Arizona will appeal, allowing the Ninth Circuit to review the issue as the nation’s debate over immigration continues to roar. –ecf 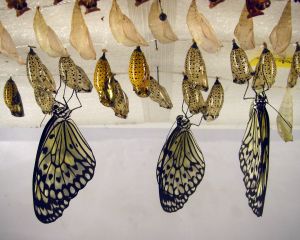 On the occasion of Pride Month, the US Department of State has announced a change in policy regarding the way that sex and gender reassignment are noted on US passports. The immigration Fong & Aquino, long-time advocates for gay and lesbian immigrants, receive questions regularly about how gender is reflected on official documents.

Effective today, a US citizen applying for a US passport may present a letter from a physician that the applicant has had “appropriate clinical treatment for gender transition,” and the new passport will be issued reflecting that new gender. A short-term passport can also be issued be those who are still transitioning.

If you have any questions about obtaining a US passport, please contact us. –jcf

For years now, Congress has debated whether to pass the DREAM Act. The DREAM Act would give a future to undocumented youth through a conditional path to citizenship and it would have legalized people like Tam Ngoc Tran who died earlier this week in a tragic car accident.

Tam was a native of Garden Grove, California, born in Germany to Vietnamese refugees. She was pursuing a doctorate at Brown University. She was a graduate of UCLA, and she was a tireless DREAM Act Advocate, having testified before Congress in favor of its passage.

Tam, herself was undocumented and found removable by an immigration judge who denied her and her family political asylum. On appeal, the Board of Immigration Appeals found that the family could not return to Vietnam because of fear of political persecution, so the US could not remove the family to Vietnam. Having been born in Germany, the government sought to remove her to her birthplace, yet Germany refused to grant her entry. Tam was stateless. The only home she knew was the United States.

END_OF_DOCUMENT_TOKEN_TO_BE_REPLACED

All immigration law attorneys must deal with foreign countries, unique international legal issues, and some quaint interpretations of law. The lawyers at Los Angeles’ Fong & Aquino are no exception, and in fact, this recent change affects some of our clients who do business in or own businesses in the Commonwealth of the Northern Mariana Islands (CNMI).

On 28 November 2008, “the United States” as defined for purposes of the Immigration & Nationality Act (INA) just got bigger, with the addition of the Commonwealth of the Northern Mariana Islands. Although there are probably wrinkles I have not yet read in the treaty, this essentially puts the CNMI on the same footing as Puerto Rico. Here’s the cute part:

Because the CNMI will become part of the “United States” as defined by §101(a)(38) of the INA, “residence or presence in the CNMI before 28 November 2009 shall NOT be considered residence or physical presence within the USA for INA purposes. Thus, on 29 November 2009, all persons physically present in the CNMI are considered “to be present in the United States without inspection, by operation of law.”