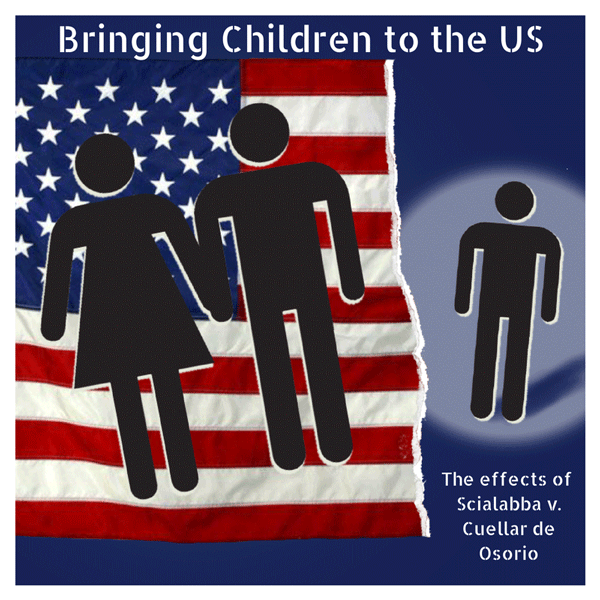 How Does the Supreme Court’s June 9th Decision Affect Your Child’s Immigration Processing?

Also, what do F2B, F3 and F4 categories mean for your child’s immigration status?

Last week, the U.S. Supreme Court issued a very important decision regarding the ability of children to immigrate to the United States based upon petitions filed for their parents. The decision is known as Scialabba v. Cuellar de Osorio.

I have previously written about the visa bulletin and long waits. Unfortunately, the Supreme Court’s decision means that for some would-be immigrants, the wait to arrive in the U.S. is even longer.

The immigration law allows petitioners to apply for certain family members to join them inside the United States. U.S. citizens may petition for their adult married children (who, in turn, might have children of their own) and for siblings (who also might have children). These children are considered “derivative beneficiaries” and they fall into the F3 (the married sons and daughters of U. S. citizens) and F4 (the brothers and sisters of U. S. citizens) categories. Children under the age of 21 may immigrate with their parents. However, children over 21 “age out” of their eligibility to ride along with their parents.

In 2002, Congress passed the Child Status Protection Act in an attempt to alleviate the harsh effects of the “age out” provisions in the immigration law. After the Cuellar de Osorio decision, however, the Supreme Court’s interpretation of CSPA means that only children in certain categories will be able to immigrate with their parents even after they reach the age of 21. Once derivative children in the F3 and F4 categories turn 21, however, their ticket to the United States evaporates.

One of the stated policies of American immigration law is the reunification of families. This Supreme Court decision moves in the opposite direction. Here are some of the things that I’ll be informing future clients of in light of this decision:

First, once those parents arrive in the U.S., they become lawful permanent residents and are eligible to petition for their adult (over age 21), unmarried children. Unfortunately, this means those children will be placed into the F2B category — basically a “different line” to wait for a visa. It also means having to go to the very back of the line. A very long line.

Second, in extremely sympathetic situations, the U.S. immigration agency may grant “humanitarian parole.” For instance, I had assisted a family with an adult child who was unable to take care of herself, but had “aged out” and could not come to the U.S. with everyone else. Since all of her family had become lawful permanent residents, we were able to convince USCIS to allow the adult child to live inside the United States with the rest of her family.

Third, join a good “frequent flier” program on an airline that has international routes. If the government won’t let your adult children come with you, you might as well try to rack up points toward your next vacation as you fly to visit them.

If you would like to have a discussion about how your family is affected by this case or if you want to swap travel tips, please feel free to contact me.