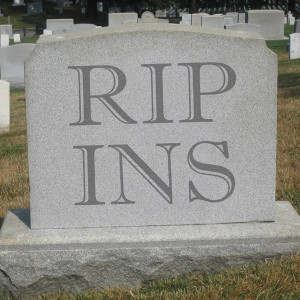 The Immigration and Naturalization Service is long gone.

In its wake lie a slew of acronyms that can leave your head spinning.

Recently, I met with some clients who wanted to know if their prior applications for immigration benefits would cause any harm to a new application. They showed me a copy of their old documents and across the top of many pages were the words “Immigration and Naturalization Service.”

Some of the “old timers” still refer to the agency as the “INS.” The individuals who reviewed applications for benefits were known as “District Adjudications Officers.” The government’s attorneys who prosecuted immigration violations were known as “Trial Attorneys” or “TAs.” And the judges were known as “Special Inquiry Officers.” Everybody involved with immigration was an employee of the Department of Justice.

In 2002, Congress passed the Homeland Security Act, which created the “Department of Homeland Security.” DHS went into operation in 2003. In doing so, it dissolved the INS and divided its functions into different agencies. Now, the “District Adjudications Officers” are “Immigration Services Officers” and they work for the “U.S. Citizenship & Immigration Services” (also known as “USCIS”). The prosecutors are now known as “Assistant Chief Counsel” and they work for “Immigration and Customs Enforcement” (or “ICE”). USCIS and ICE are different components of the Department of Homeland Security.

The judges — now, they are known as “Immigration Judges.” The IJs did not migrate to a new federal agency. They are still housed under the DOJ in an agency known as the Executive Office of Immigration Review (or “EOIR”).

When the government changes things around and messes with the nomenclature, it can sometimes be confusing and overwhelming. I recall being in court when an attorney repeatedly referred to the government as the “INS” and the government’s attorney snarkily replied “The INS hasn’t existed for over a decade.” But the Immigration Judge got the last laugh that day — he told the Assistant Chief Counsel to lay off on the Diet Coke.

In any event, if you find yourself ensnared in the acronym soup of USCIS, ICE, or DOJ, please contact me and we’ll work together to find a way out.