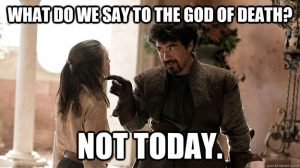 What about folks whose deportation cases were placed on a hold because they had deep  family ties to the United States?  Those cases are being re-calendared, or in non-lawyer-speak, placed back on the Immigration Court’s already loaded active calendar.

The one small sunbeam in all this:  Trump has decided to keep the DACA program in place.  The “dreamers” who entered the United States as children, went to American schools, and continue to make positive contributions may continue to do so.  However, the big caveat still remains in place:  if the Trump administration changes its mind and decides it is more politically expedient to deport “dreamers”, it can do so with a flick of the pen.

If you are uncomfortable and worried, you should speak with qualified immigration attorneys about your circumstances.  –ra