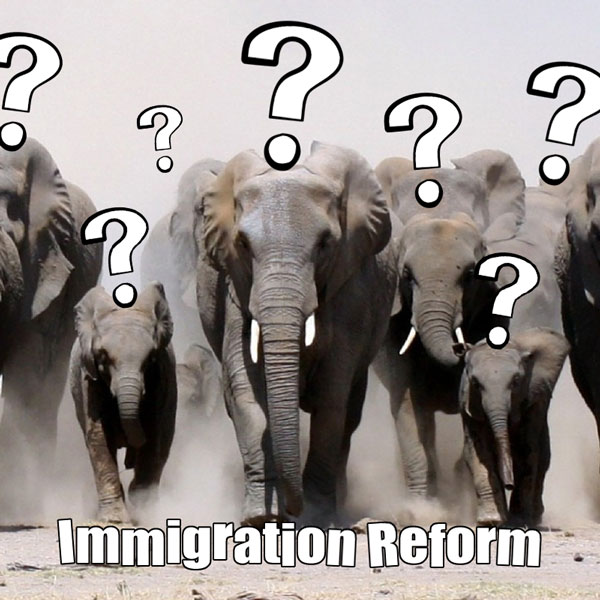 What will this mean for Immigration Reform?

This is the new reality: in 2015 and 2016, Republicans will control both houses of Congress – the House of Representatives and the Senate. And to that, I say: It’s time for the Republicans to show us – the American electorate – what their ideas for immigration reform are.

As a reminder, in June 2013, the Senate passed a bipartisan immigration bill. And then that bill went nowhere in the House. If I recall correctly, the House leadership intended to work through the issues “piecemeal.” So far, the House hasn’t produced one piece of immigration legislation (although technically, the House can still act before December 31 of this year).

Speaker John Boehner (who will remain the leader of the House of Reps through 2016) is on record about the need to do something about immigration: “Our legal system is broken, our border isn’t secure, and we’ve got the problem of those who are here without documents,” Boehner said. “It needs to be fixed. We’re a nation of immigrants. The sooner we do it, the better off the country would be.”

“I think the president choosing to do a lot of things unilaterally on immigration would be a big mistake,” Sen. Mitch McConnell (R-Ky.), likely the next majority leader, said during a Wednesday press conference. “It’s an issue that most of my members want to address legislatively and it’s like waving a red flag in front of a bull to say, ‘If you guys don’t do what I want, I’m going to do it on my own.’”

“I hope he won’t do that because I do think it poisons the well for the opportunity to address a very important domestic issue,” McConnell added.

This apparently hasn’t fazed the President, who declared that he intends to use executive action before the end of the year.

While the President’s proposed action will surely enrage a few Republicans (can’t make everyone happy, right?), here is the first thing that one learns in an introductory political science class: Congress can trump an executive order by passing legislation that is signed into law by the President. And that’s what the Bipartisan Policy Center’s immigration task force suggests that the Republicans do.

The last time that a Republican-controlled House passed a major immigration bill was the Legal Immigration Family Equity Act of 2000. I don’t think it’s going to be another 14 years until we see some major immigration legislation. But now we shall see how the Republicans handle great power and great responsibility.