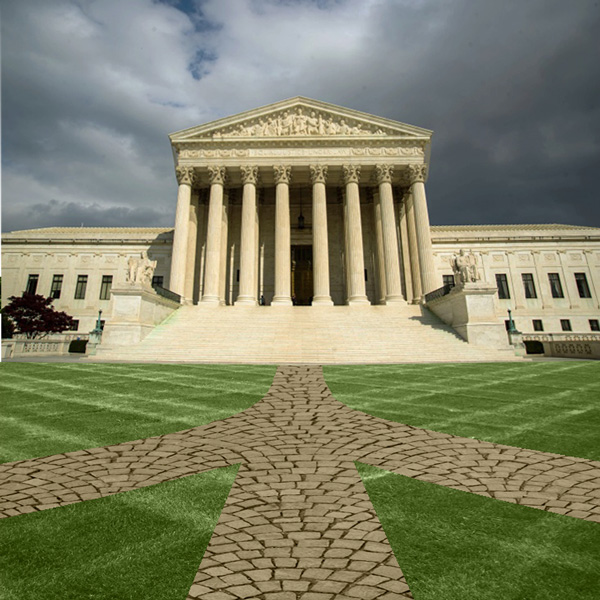 How do individuals find themselves in removal proceedings?

This week’s blog will kick off a series of posts aimed at providing a broad overview of removal proceedings. Removal proceedings, formerly known as deportation proceedings, are the process by which the Department of Homeland Security (or “DHS”) seeks to deport individuals that it deems do not have authorization to be in the United States. Except under certain situations
(such as “expedited removals” or telling the government that you are willing to go home without a fight), DHS cannot deport an individual from the United States until that individual has been provided with due process.

Here is a “road map” of where these blogs are headed:

Along the way, we’ll also touch upon the Immigration Court Practice Manual and the importance of a good, working relationship with the Office of the Chief Counsel, the attorneys who represent the United States government in removal proceedings.

So, let’s get started then. What are some of the ways that individuals find themselves in removal proceedings, or thrown into Immigration Court?

Under the Secure Communities program, DHS is notified whenever a non-U.S. citizen is taken into custody by local law enforcement agencies. DHS will request that the local agency “hold” that individual for transfer into Immigration and Customs Enforcement (or “ICE”) custody. This program has generated significant controversy. Despite its stated goals of targeting “high priority enforcement” individuals (those convicted of serious or violent felonies, or repeat immigration law violators), it has also subjected persons who are guilty of minor crimes or false arrests to the risk of deportation. As a result, many counties have been seeking to limit their involvement in immigration enforcement. However, once a person is in ICE custody, DHS will subject that individual to removal proceedings.

U.S. Citizenship and Immigration Services (or “USCIS”) is the agency that grants benefits — employment authorization, lawful permanent resident status, and naturalization. However, while USCIS can giveth, it can also taketh away. After USCIS denies an application, it transfers the file to ICE, which then decides whether to initiate removal proceedings.

In the past, I have written about how immigrants should avoid unscrupulous attorneys, “notarios”, “travel agents”, and “immigration consultants.” Often, these individuals will charge a fee to help folks apply for a benefit for which they are not remotely eligible. The would-be immigrant thinks that he is on the right track toward a green card and then later finds himself with a date with an Immigration Judge.

USCIS also considers applications for asylum from individuals who assert that they will be harmed or tortured if they are forced to return to their home countries. If the USCIS officer is unable to grant an application (because of statutory ineligibility, credibility, or burden of proof issues), it will “refer” the case to the Immigration Court. The asylum applicant will then have the opportunity to present her case to the judge.

Every time that a lawful permanent resident leaves the country, that LPR will eventually want to come back into the United States. This is known as a request for “admission.” The Customs and Border Protection (“CBP”) officer will have access to several things, including any criminal conviction history and the amount of time that an individual has been outside of the United States. If a past conviction triggers a ground of inadmissibility, that LPR will be given a Notice to Appear at the Immigration Court closest to that port of entry. (I have had Southern California clients returning from vacation in Cancun end up with a court date in Houston because the airport where they re-entered the U.S. was IAH.)

If a LPR has been outside the United States for too long, CBP can allege that the individual has abandoned her lawful permanent resident status. And who makes the final determination about whether CBP’s charges stick? That’s right, the Immigration Court.

So, those are some of the ways that folks (involuntarily) find their way into Immigration Court. If you have a date with an Immigration Judge and want to talk about your options, I invite you to contact me to set up a meeting at my new office space.