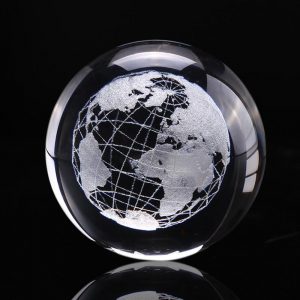 Lawyers are not psychic. It’s pretty hard to predict what the Trump Administration will do to change immigration law.  Any changes in the Immigration and Nationality Act (INA) for 2020 must first be passed by both houses of the Congress and signed by the President.  The Trump Administration will find it difficult to make changes in the actual INA, because it is unlikely the House of Representatives will approve them.

However, immigration lawyers can guess that there may be some changes in policy coming for US immigration law in 2020.  Trump will continue to promote policies that attempt to restrict immigration to the United States.  Further, he will implement rules to infringe on the rights of immigrants and to deny asylum seekers the right to seek refuge in this country.  Trump is even trying to make it more difficult for attorneys to do their jobs as advocates for immigrants.

We remain concerned whether the courts will continue to strike down the most outrageous and unlawful practices and whether current nationwide injunctions protecting basic rights of immigrants will stay in place.  The courts have been a protective barrier from the worst, most inhumane, and illegal policies of this Administration.  Two important issues to watch are:

(1) THE WALL.  Can the Trump Administration legally reallocate appropriations in order to build a border wall?  Immigrant advocates have argued that Mr. Trump cannot simply violate the rights of indigenous and binational communities who life, work, worship, and play along the border, overriding the very real environmental concerns associated with construction of a wall.  This issue is before Federal Courts in California and the District of Columbia.

(2) DACA.  Can the Trump Administration legally terminate the Deferred Action for Childhood Arrivals (DACA) program?  The Supreme Court is deciding this issue in the cases of Trump v. NAACP, McAleenan v. Vidal, and Department of Homeland Security v. Regents of the University of California.  We expect a decision from the Court before June 2020.

Predicting what this lawless administration will do with immigrants is almost impossible.  What is clear is that advocates and lawyers — like the attorneys at Fong & Aquino — and the immigrants themselves will continue to fight for fair treatment.  We will continue to comment on proposed rules and to demand congressional action to preserve basic immigrants’ rights.

And we know the way to the courthouse.