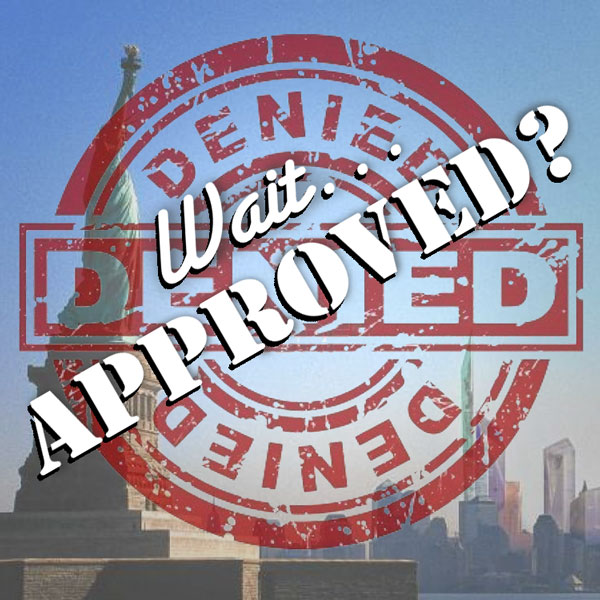 Was your application denied because of a false claim to citizenship?

If the claim was made before 1996, it may not affect your application for naturalization.

One of the things that gives me immense pleasure as an immigration lawyer is taking a case that had previously been denied and turning it into an approval. It involves a close read of the government’s denial letter, a searching analysis of what errors were made (either by the government, the prior attorney, or the client), and then crafting a strategy towards a different, more favorable outcome.

Let’s take the case of Joe Bruin (obviously not the client’s real name, but it’s NCAA basketball tournament time and my alma mater is in the mix). In 1991, Joe — who was then a lawful permanent resident — claimed that he was a U.S. citizen on a community college application because he believed that it would help him obtain financial aid.

In 2000, Joe applied to become a citizen of the United States. One of the questions on the N-400 Application for Naturalization is “Have you ever claimed to be a United States citizen?” Joe truthfully answered “yes” on the application. USCIS denied his application due to the false claim to U.S. citizenship.

Recently, Joe came to me because he wanted to try to apply for citizenship again. I read the government’s prior denial and determined that the government had applied the wrong law — essentially, denying Joe’s application in error. Since we could not appeal a decision that was over ten years old, I recommended that Joe submit a new application.

So, what was the government’s error? In 1996, Congress changed the law to be more strict regarding false claims to United States citizenship. Under the current law, ANY false claim to citizenship is not only grounds for denial of an application for naturalization, but it could also subject the individual to deportation. The current law states:

However, prior to 1996, the law was considerably different:

Because Joe had made his claim to citizenship in 1991, the government should have analyzed his eligibility for citizenship using the law in existence in 1991 — not the law as it existed in 2000 when he submitted his application. Under the prior version of the law, Joe’s statement could not be used to deny his application for naturalization because it was made to a community college financial aid official, NOT to a U.S. government official.

Upon my recommendation, Joe submitted a new application for naturalization. In addition to the application, I submitted a cover letter which contained the legal arguments as to why the government’s prior denial was incorrect. (New applications are not considered in a vacuum; if there have been prior applications, the government officers review them to determine if the decision is still valid.)

At the interview, the Immigration Service Officer asked Joe about the prior statements that he made in 1991. After hearing Joe’s explanation, the Officer reviewed the rest of the file, determined that everything was in order, and indicated that he would recommend the case for approval. On the way out, Joe mentioned to me that he wished that he had hired me in 1991 for the first application; I laughed and told him that I probably wouldn’t have been very helpful because I wasn’t a lawyer back then.

For those of you who may be considering applying for citizenship, don’t forget that the current 10-page application version is still being accepted until May 4, 2014. You may, of course, fill out the N-400 on your own. But for those of you who would like the assistance of an attorney — like the very happy Joe Bruin — I invite you to contact me.