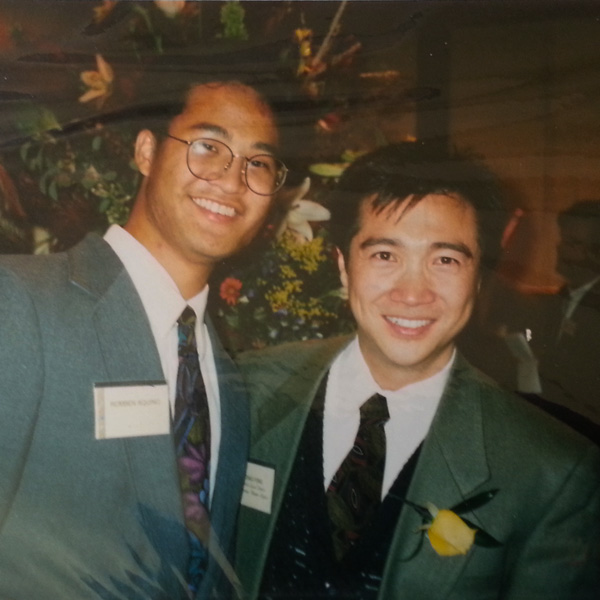 In my sophomore year at UCLA, one of my professors Stewart Kwoh assigned us a social services research project. I came to him with some vague ideas and he suggested that I go see his good friend J Craig Fong to develop them into something more concrete.

The project must have been a success because I later reached out to J to see if I could be an intern at his agency. So, I showed up at the Los Angeles Lambda Legal Defense and Education Fund office in my best suit (well, back then, my only suit) to see if I could make myself useful for the summer. When he came into the lobby, the first thing out of his mouth was “My goodness, did you get dressed up for little ol’ me?”

Since that day, J has seen me in a lot of suits. There was the one I wore at my law school graduation. (Oddly, had it not been for J, I wouldn’t have ever heard of Northeastern. But I soon discovered that everybody in the public interest world knows all about Northeastern.) There was the suit I wore on my wedding day, where J was the officiant. Then there was the suit on the day that I was sworn in as a member of the bar of California.

In those early days, as I talked to J about the stuff I was struggling with (and let’s face it, college kids have very heady troubles), I recall one conversation where he said “You remind me a lot about me when I was your age. What I needed back then was someone to take me under his wing. So, that is what I will do for you.”

For years while I was in New York practicing as an attorney, we would joke “hey, wouldn’t it be great if we worked together?” “Yeah, well first, one of us has to move and I’m never leaving New York!” (Ha ha, “never” lasted 8 years.) Even after I moved back to Southern California and eventually started my own practice, J and I have referred cases back and forth and even worked in the same office space — but no official partnership.

There will eventually be a lot of branding and “backroom changes,” but the main reason that J and I will be joining forces is because we both share similar aspirations about the practice of immigration law. I have seen other lawyers with flashier offices, more expensive cars, and large watches. For us, it has never been about a huge payday. It has always been about achieving what is best for our client’s family at reasonable fees.

Our office is still in Pasadena and our phone numbers stay the same. Come visit us! You’ll know you’re at the right place because both of our names are on the door. 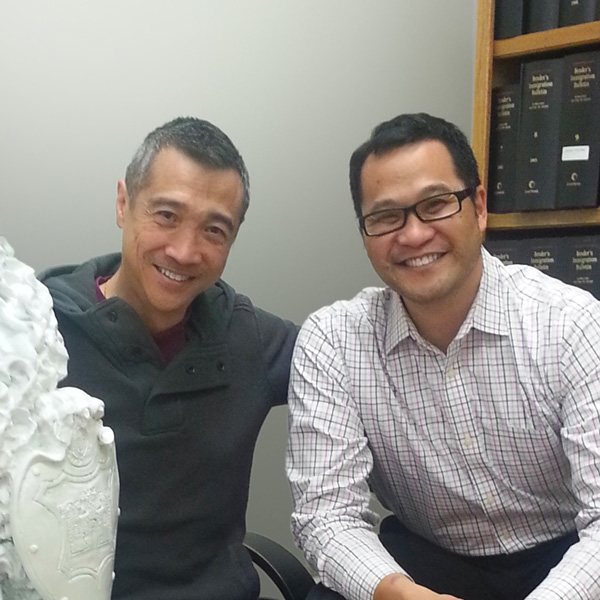