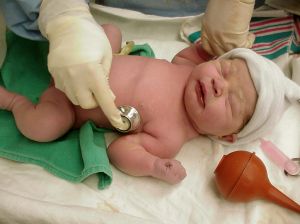 Fong & Aquino in Los Angeles is devoted exclusively to advocacy for immigrants. Recently, those opposed to meaningful health-care reform have started to use the immigrant community as a political whipping boy once again, using scare tactics and making false claims about immigrants’ use of, payment for, and access to health care.

Some important facts to keep in mind in this debate:

First: If more participants — including immigrants — pay into the insurance system and are covered by some health-care plan, this spreads risk over a larger group. It means that more people who need health care will be able to get it.

Second: There is a large group of people in this country who are not covered by meaningful health insurance. Over 40 million people. The vast, vast majority — 78% — of those without medical insurance are Americans! Legal and undocumented immigrants account for only 22% of the uninsured who are under MediCare age.

Third: It is simply untrue — I repeat, UNTRUE — that immigrants impact the health-care system disproportionately. A July 2009 study in the American Journal of Public Health found that immigrants not only use LESS medical care than Americans, but when they do use health care, they use LESS EXPENSIVE health care. Immigrants’ per-person medical expenditures are 50% – 66% less than expenditures for the average American-born person.

Finally: Recent immigrants were responsible for about 1.4% of total public medical costs, even though they only constitute 5% of the population.

Access to quality health care is a simple human right which a government should provide its people. As the debate intensifies, we hope no one forgets to include this nation’s immigrants. –jcf