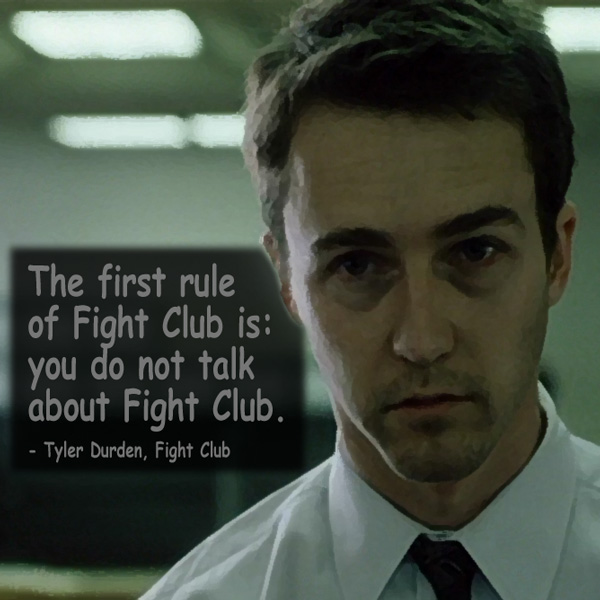 Movie Quotes and Battle Stories from the Trenches of Immigration Court

Folks who have known me for a long time know that I seem to have an uncanny (maybe even annoying?) ability to remember movie lines. Sometimes famous lines from blockbuster movies. Sometimes obscure lines from indie flicks. Earlier this week, I was exchanging lines about rules with a friend of mine via text message. I started with Mr. Miyagi’s rules about karate: “Rule number 1, karate for defense only.” He responded with “The first rule of Fight Club is . . . you do not talk about Fight Club.” Which then led to my responding with “The first rule in a crisis situation.”

“The first rule in a crisis situation: You negotiate first and attack last.” Funny thing about this rule: this is how I try to approach my clients’ cases. I have in the past discussed the importance of having a good relationship with the Office of the Chief Counsel — the lawyers who represent the government in removal proceedings. Also see my post acknowledging the overall professionalism of this field.

Just recently, in two separate cases, I contacted the government’s lawyer in advance of the court hearing. In the first case, I explained that I requested the government’s cooperation in having my client’s biometrics updated so that a request for prosecutorial discretion could be considered. In court, the Assistant Chief Counsel acknowledged our pre-court phone conversation and indicated that she would not oppose my request. This paved the way for a surprise-free court hearing. (Just in case she changed her mind in court, I was ready with my legal arguments.)

In the other case, I emailed the government’s attorney with proof that a petition was still pending with USCIS and that the court hearing next month should be adjourned to another date. The Assistant Chief Counsel indicated that she would not oppose. This meant that I could now caption my pleading as an “unopposed motion”, which greatly enhances the chances that the motion would be granted by the judge and I may not have to go to court next month. (Note that I said “greatly enhances” and NOT “guarantees.” Immigration Judges have the ability to exercise their own independent authority — and that sometimes means the judge’s denial of an unopposed request. Although, I question why a judge would deny something that both parties want.)

In the movie Twins, Arnold goes on to chastise his adversary: “You never negotiated. You don’t know what kind of enemy I am.” I think there are some in the Office of Chief Counsel who know exactly what kind of attorney I am. Which reminds me of the time I was in the elevator with two government attorneys — one I had been in court with a few times, the other I hadn’t met yet. She said “Oh hi, Mr. Aquino, have you met Ms. ____?” I said “It’s nice to meet you. And I didn’t realize that you knew me by name.” (There are hundreds of immigration attorneys in the Los Angeles area.) To which she replied “I make it a point to remember the attorneys who know what they’re doing.”

If you want to meet with an attorney who knows what he’s doing, I invite you to contact me. I promise you that we will not talk about Fight Club.